Open all day every day!

Thought to be home to the Macbeth MacDuffs

MacDuff Castle in Weymss has many historical connections and connotations, some real, many imagined. It is is in an atmospheric location on the cliff top above the famous Weymss caves.

It is best reached from the coast road. From the east, drive past East Weymss cemetry and turn left towards the seafront parking. From there walk along the coastal path past the Weymss caves and up the steps to the castle. 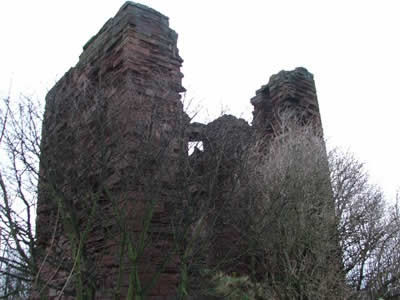 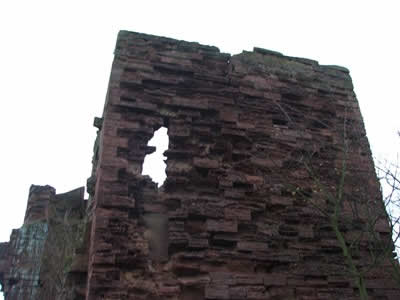 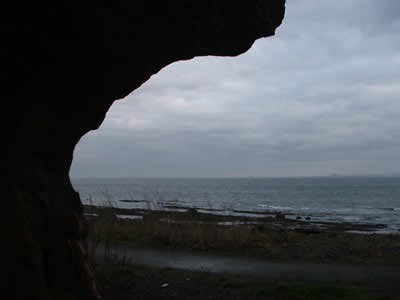 It is thought that a castle may have been built here by the MacDuff Thanes (or Earls) of Fife in the 11th century, at the time of Macbeth. The present castle was built by the Wemyss family in the 14th century. Edward I of England paid a visit here in 1304, staying with MacDuff's descendant, Michael Wemyss. However, Wemyss later joined forces with Robert the Bruce and Edward ordered the castle to be destroyed.

After the Wemyss family moved to nearby Wemyss Castle, it passed to the Livingstones and then in 1530 it was taken over by the Colvilles who built a second tower in the south-west corner and an enclosed courtyard. It is that second tower which still survives.

Its present ruinous state is not just due to the fact that it has been unoccupied for several hundred years. The sandstone used in its construction has weathered very badly and resulted in pitted exterior stonework.

The castle, which is now owned by Historic Scotland, is supposedly haunted by a "Grey Lady", said to be a Mary Sibbald who was found guilty of theft and died in the castle.

The Rings Self Catering Holiday Cottage in Fife

View Details of The Rings Self Catering Holiday Cottage in Fife

Helena Cottage on the Fife Coast

View Details of Helena Cottage on the Fife Coast

View Details of Hill of Tarvit

View Details of The Ship Inn

The Rings Self Catering Holiday Cottage in Fife

View Details of The Rings Self Catering Holiday Cottage in Fife

Helena Cottage on the Fife Coast

View Details of Helena Cottage on the Fife Coast

Popular in Kingdom of Fife