Edinburgh city centre and surrounding areas including the Pentland hills are a popular destination. The capital of Scotland, offers a wide selection of holiday acommodation and 5 star attractions including Edinburgh Castle.

The region of Edinburgh and the Lothians lies between the Southern shores of the Firth of Forth and the Lammermuir Hills. The region contains some of Scotland's most iconic landmarks, the Capital City of Edinburgh hosts world famous festivals such as the Royal Military Tattoo, at Edinburgh Castle Esplanade, the Edinburgh Festival Fringe, both of which are held during August every year, and at New Year, the Hogmanay Celebrations.

Edinburgh is home to the Scottish Parliament and a number of important and historic sites, such as the Palace of Holyroodhouse, the newly refurbished National Museum of Scotland and the Royal Botanic Garden Edinburgh. Visitors to the Edinburgh area will enjoy excellent attractions, activities and entertainment in Scotland’s capital, Edinburgh, as well as beautiful and peaceful countryside throughout the Lothians. Local towns include Linlithgow, Livingston, Musselburgh and Dunbar. 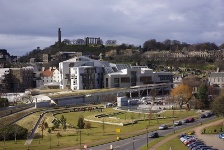 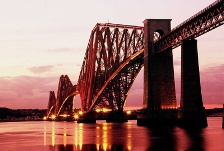